What is Heavy Ad Intervention?
Heavy Ad Interventions (HAI) is a new feature on Chrome browser that will unload ads considered to be “heavy” on the user’s device resource unless the user interacts with the ads.
An ad will be subject to unload in case it hasn’t received a user gesture (interaction) and meets one of the below criteria:

Used too much network bandwidth (>4MB)

Used too much processor’s calculation resources

This feature is being gradually rolled out and will affect users using Chrome 85 & above.
Sources:
https://www.chromestatus.com/feature/4800491902992384
https://blog.chromium.org/2020/05/resource-heavy-ads-in-chrome.html

Whom does it affect?
It affects all publishers, adtech/ martech platforms delivering video ads to the consumers who are using Chrome 85 & above.

How can Wootag help ?
Wootag uses adaptive streaming that optimizes the video files based on device, connectivity & player size.

However to ensure campaign metrics such as View through rates (VTR) is not affected, below are a few recommendations:

1) Recommend use of 30 seconds videos or shorter. As any video over 30secs is most likely to be over 4 MB.
2) For videos over 30 seconds, we can leverage Wootag’s Short-to-Long form OR the “continue watching” execution.

1. Heavy Ad Interventions (HAI) is a new feature on Chrome browser that will unload ads considered to be “heavy” on the user’s device resource unless the user interacts with the ads.
2. It affects all publishers, adtech/ martech platforms delivering video ads to the consumers who are using Chrome 85 & above.
3. For videos over 30 seconds, we can leverage Wootag’s Short-to-Long form OR the “continue watching” execution.

A recent report from Campaign asia cited that despite falling household incomes as a result of the COVID-19 pandemic, a high proportion of consumers are still expecting to spend the same amount during this year’s holiday shopping season. (reference) 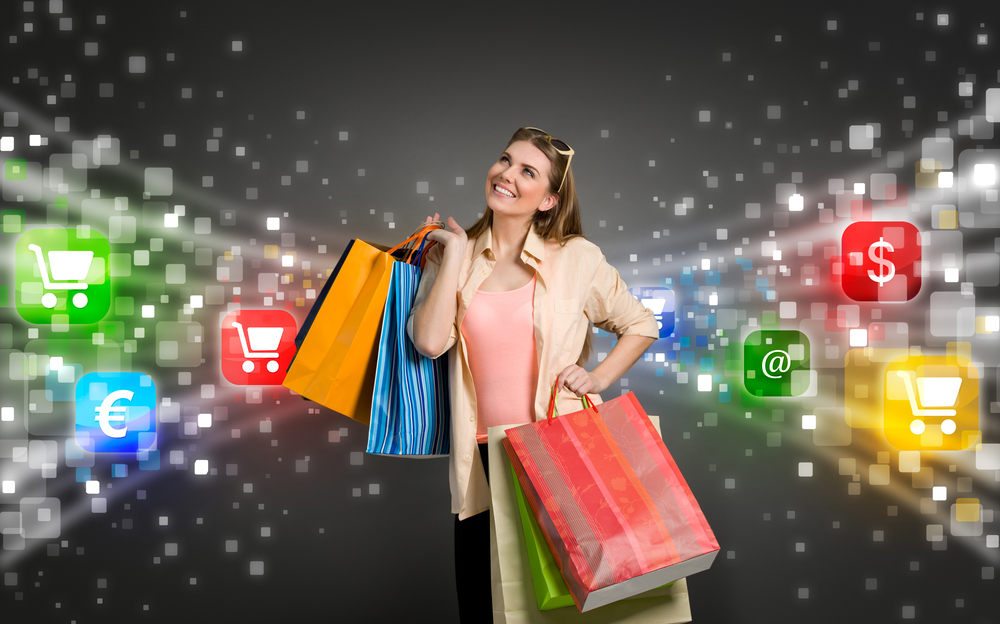 WARC concurred based on a study across 12 APAC markets that most consumers (70%) have no plans to defer shopping for major holidays such as Christmas or Lunar New Year despite over 40% of global peak season shoppers citing a decrease in household spend due to COVID-19. (reference) 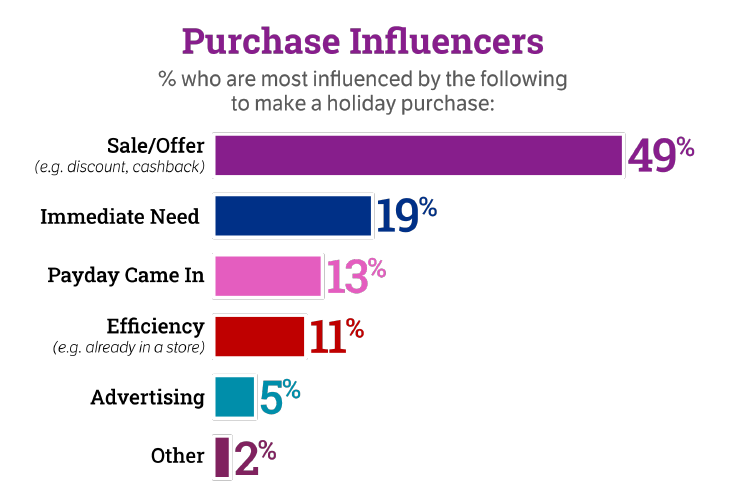 This intent represents an opportunity for brands and retailers to drive sales in the second half of the year after a challenging start to 2020.
END_OF_DOCUMENT_TOKEN_TO_BE_REPLACED

It’s no surprise that the COVID-19 pandemic has accelerated digitization across various industries, from healthcare to education to retail. The idea of having e-commerce or online store is no longer a novelty but a matter of existence and staying relevant. For some, this may have come as a harsh wake-up call, but with work-from-home and self-isolation measures expected to last for at least a year, businesses are ramping up the effort in this direction.

Shifting the focus to consumers – as per Cisco, by 2022, online videos will make up more than 82% of all consumer internet traffic — 15 times higher than it was in 2017. In fact, online video consumption has quadrupled during COVID-19, as per the WARC report.

Given the YoY trends along with COVID-19 media consumption changes, we can all agree that nothing seems to capture people’s attention and passion as much as online video, making it the most effective form of marketing.

As a recent article in VentureBeat points out – if there’s one thing that’s in abundance in 2020, it’s video content. The streaming wars are raging, with services churning out enough programming for a lifetime. Meanwhile, social media platforms keep expanding and grabbing more of people’s finite attention. But while consumers have no shortage of content, what’s lacking is an experience that grabs their attention by offering more than just viewing.
END_OF_DOCUMENT_TOKEN_TO_BE_REPLACED 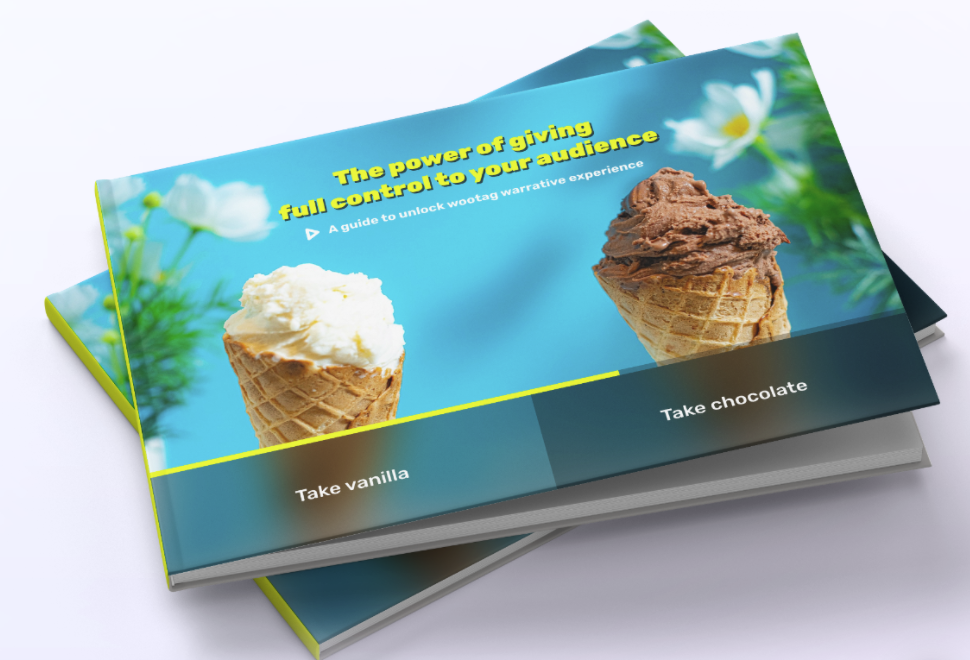 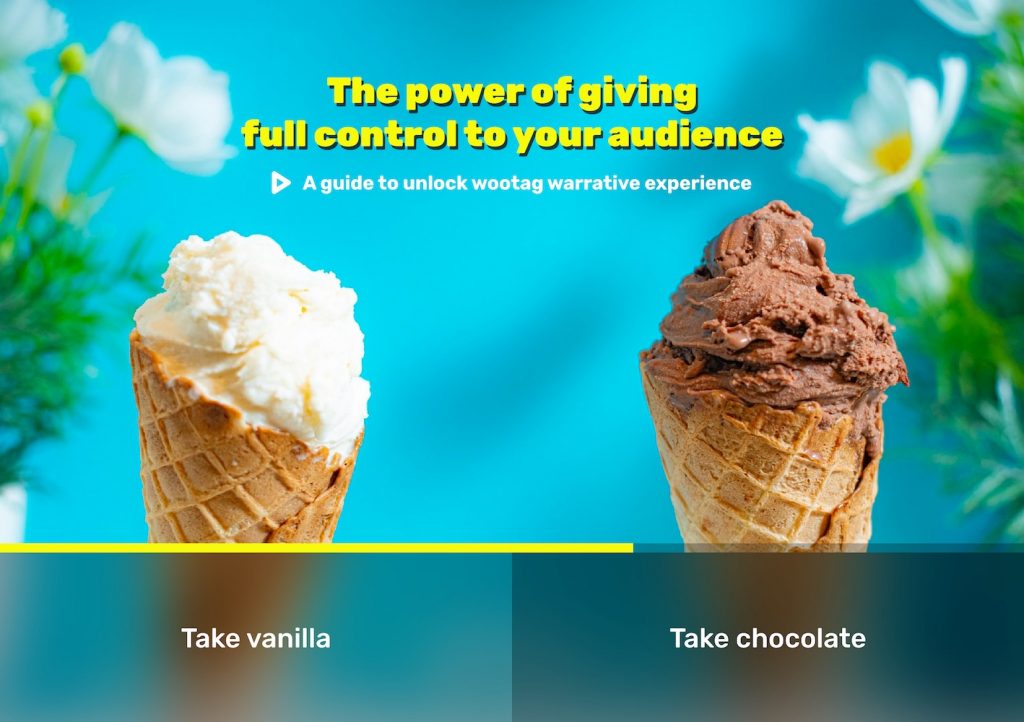 Part 1 of How did we go about converting 7% of Site Traffic into Leads?

At Wootag, our vision is to unlock audience curiosity to learn more about anything within the video and we put this vision to test with one of our Wootagged videos on our site wootag.com home page. We distilled results further to showcase the importance of Videos on our site and what it means for our business objectives and how you can unlock the same.

Creative Direction? A video which explains the vision or we straight jump into the product

It is always a tricky question when a product team makes a decision on the type of videos to be your message to unlock the possibilities. With Wootag, it was quite an easy decision by referring to the ‘Why’ part of our Vision. 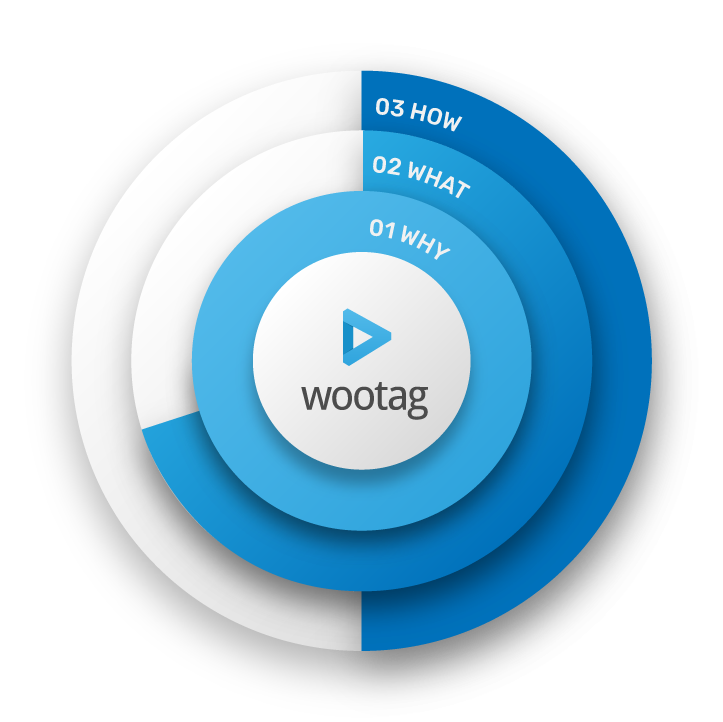 Why: Empowering Human Curiosity within any Visual content.
What: Harnessing the power of human curiosity with simple, immersive interactions, directly within your video.
How: Our revolutionary video platform is your one-stop shop to create optimized videos for multiple channels – so you can reach your audience no matter where they are.

Objective? What should be our objective to achieve with this video?

There should be an objective irrespective of what we do. For us we want to drive our visitors to learn about the vision and amplify why it is important for any Business of all shapes and sizes to unlock the potential of interactive videos to convert their viewers to customers.

Here is a simple test we used to clarify the objectives.
END_OF_DOCUMENT_TOKEN_TO_BE_REPLACED 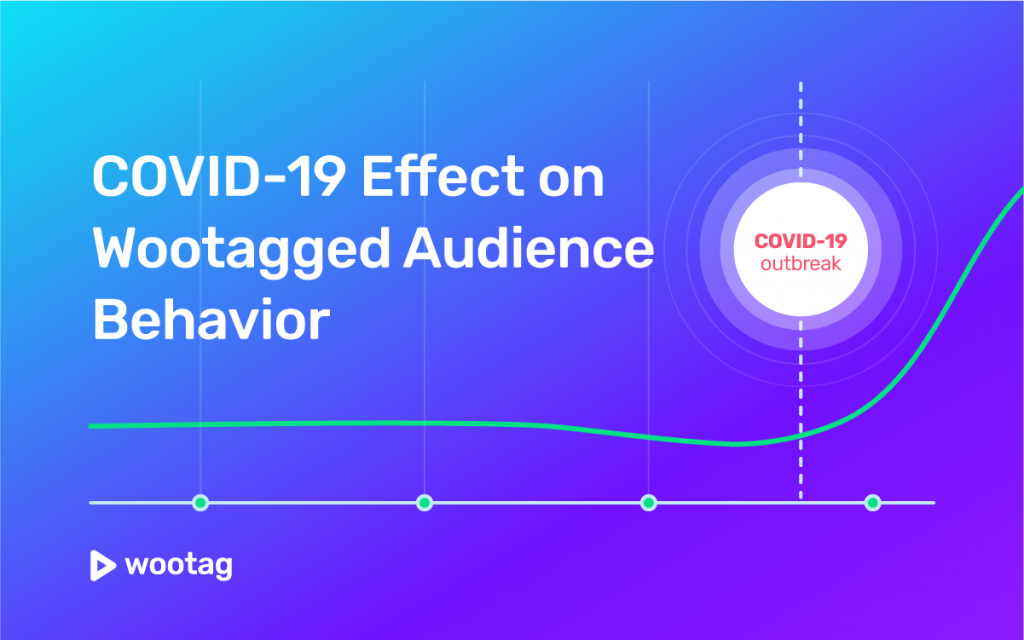 The COVID-19 situation across the globe has led to an increasing amount of “Home Audience” with a steep increase in online activities. Our hypothesis was that with more people consuming content online, they’re probably paying more attention to the contents marketed to them, with varying degrees across different brand categories. This should translate into higher performance for campaigns that have gone live during this period compared to Pre COVID-19. In this analysis, we have put our hypothesis to test across different verticals.

All data used in this report is measured by Wootag, the Visual Interactive and analytics company that measures the effectiveness of its clients’ Video marketing campaigns. This is done via integrations with leading media partners across the APAC region. All data is anonymous and aggregated.

For the purpose of this analysis, we examined Video performance metrics such as completion rates, time spent, interaction rates and click-through rates of same or similar campaigns for each vertical for Pre COVID-19 (Q4 2019 & Jan 2020) vs. During COVID-19 (end of Jan to end of March 2020).

The Wootagged Video campaigns analyzed for this report span across 9 APAC markets, all of which went in a state of lockdown around a similar time frame from when WHO declared the outbreak. 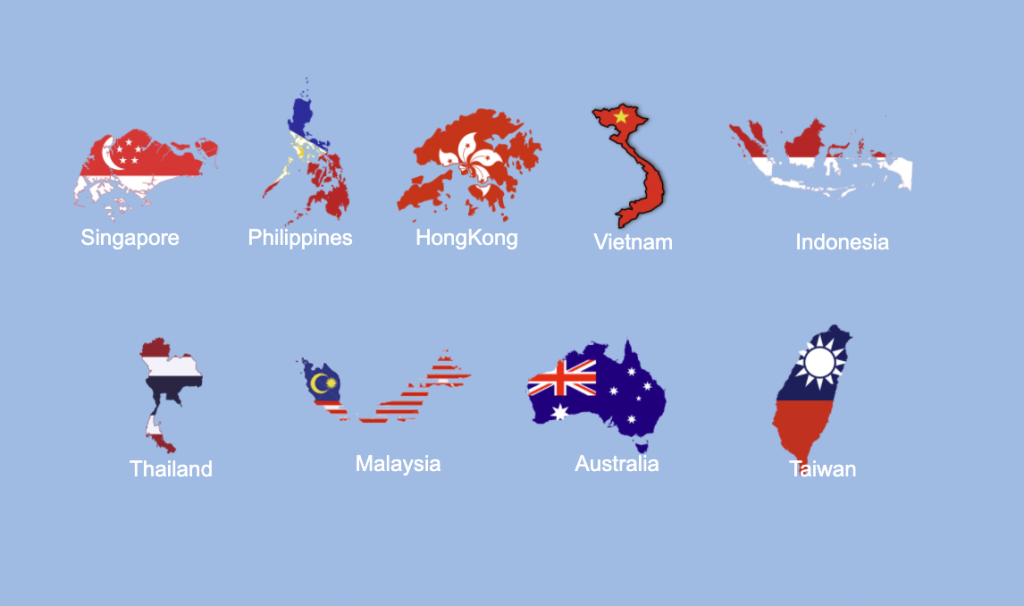 END_OF_DOCUMENT_TOKEN_TO_BE_REPLACED

Building an Effective Sales Funnel Through the Art of Video Storytelling

87% of businesses in 2019 used video as a powerful marketing tool. This figure is a significant jump from 63% in 2017, and 81% in 2018. 79% of viewers claim that a brand’s video convinced them to purchase a piece of application or software. Also, 84% of marketers have seen an increase in traffic to their website after leveraging video (Source).

These numbers speak volumes about the importance of video marketing in today’s era. But it’s not just about creating any video and putting it out there. You will have to create video content in line with your sales funnel and make them impactful by telling a hooking story to your audience. After all, it’s all leading potential prospects to convert into actual buyers of a product or service. 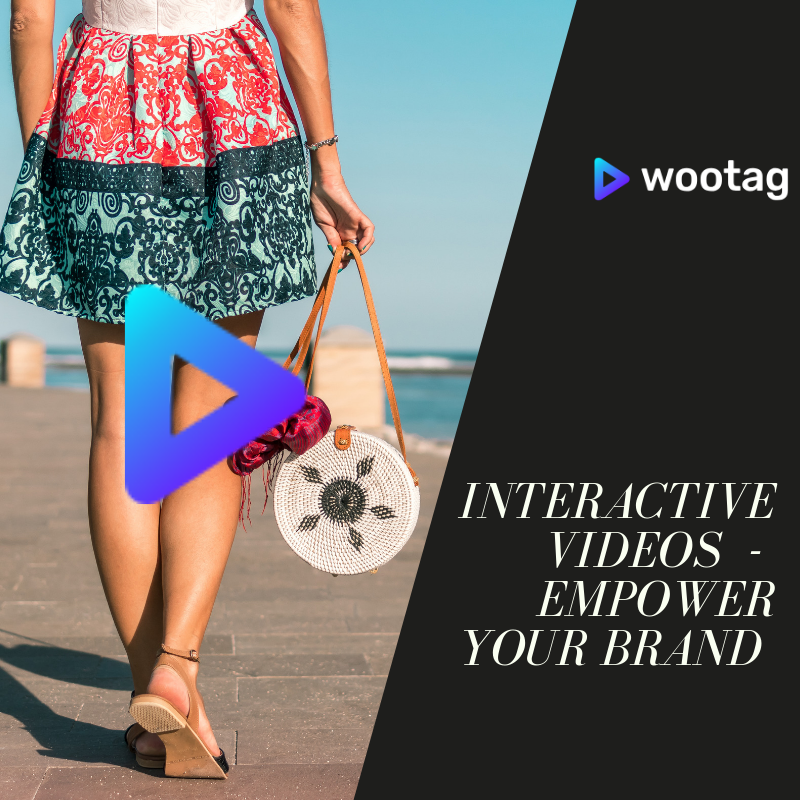 A typical sales funnel has four stages- awareness, consideration, conversion, and loyalty. Video storytelling engages people for the long-term by building an emotional connection with your product or service at each of these stages. When they are emotionally invested in your brand, they will have a logical justification in their minds to buy your product/ service.

END_OF_DOCUMENT_TOKEN_TO_BE_REPLACED

With video content rising in popularity on the world wide web, the competition for gaining more views and/or driving in more traffic to the site is leading many brands to invest heavily into creating quality videos and optimising them for search engines. Here are several actionable SEO tips that can improve your video ranking. 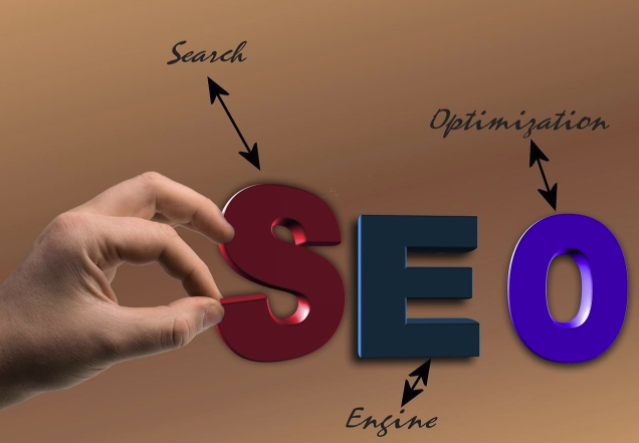 1. Conduct thorough keyword research
When it comes to search engine optimization, you cannot ignore the power of using the right keywords that are relevant to your content. Just as you would with written content such as a blog post or website copy, you should also conduct keyword research for your video content.

There are many free tools online that you can use for choosing relevant keywords such as Google Trends and keywordtool.io, among others. You could also check if the keywords you have in mind have YouTube searches.
END_OF_DOCUMENT_TOKEN_TO_BE_REPLACED

In 2019, at Wootag, we witnessed a surge in brand executions across verticals such as F&B, Nutrition, Finance, IT&T to Luxury, etc. Leading to approx. 300 Million views and 3 Billion + data points being processed. This has set us up to support brands in 2020 with strong behavioral insights to help them with both tactical and long-term executions. Go ahead and Unlock the 2019 Insights. 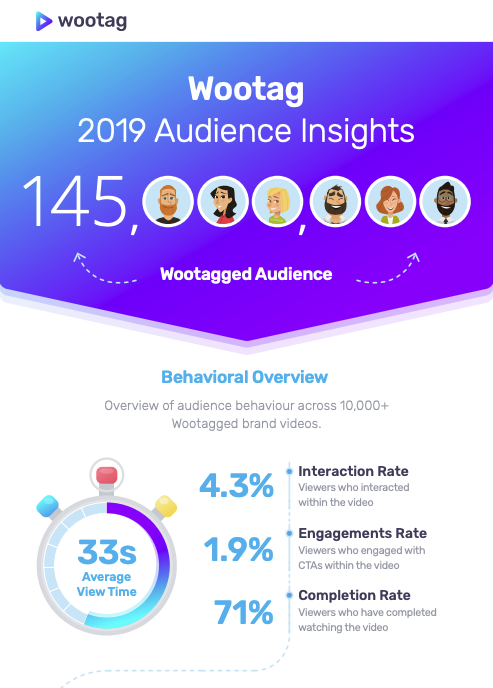